Showing posts from May, 2015
Show all

- May 21, 2015
Music is such a universal joy. I talked about my obsession with Spotify in this post last year, and now I'm back on that topic again! I have so.many.playlists. I have one each for spring, summer, fall, and winter. I have them for all sorts of feelings and relationships (besties, sisters, etc.). I recently started one called anthems . So many songs have struck a chord (literally!) with me lately that I knew I needed a playlist of songs that get me inspired and totally pumped up to live my life to the full. I wanted to share some of those songs here with you! (Plus, for whatever reason, it can be uber difficult to find friends/playlists on Spotify. My anthems playlist has the heart-with-stars emoji on either side of the word. Try searching that way if you're desperate to jam!) Never Gonna Let You Down - Colbie Caillat Fight Song - Rachel Platten Life of the Party - Shawn Mendes Shake It Out - Florence + The Machine The Night is Still Young - Nicki Minaj Brave - Sara B
1 comment
Read more 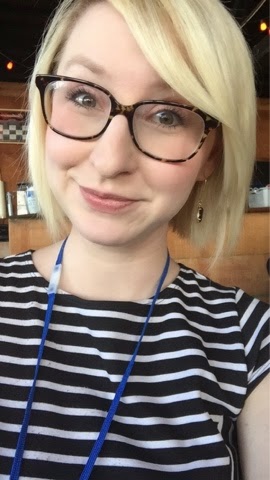 I'm one day in to 29. So far, it's not too different from 28. Hahah. I left work for my four-day weekend all caught up on my work and returned to a stack of to-be-done papers! It's ok. The four days off were totally worth it. Plus, as a more mature adult ;) now, I should probably up my work game anyway! Picture below is from my Snapchat. We should be friends, for sure. Leave your username in the comments!! I want to write more and read more and watch more and blog more. Basically, every year I want the same things. To see and do and feel and experience more. Here's me saying that 29 is the same in that regard. I hope to see a lot more of you around these parts. Also, if we aren't friends everywhere yet, you can find me @jesstinybird on just about any and every social media platform. Remember, you are loved. Jessica
Post a Comment
Read more

- May 17, 2015
As you've seen in previous birthday posts, I use my birthday as a new chance. I love a brand new day, week, month, year, start! Here's hoping 29 includes ALL the love and friends and snuggles and laughs and dances and songs and movies and food and memories.  High hopes for this year! Love,  Jessica @jesstinybird
1 comment
Read more

- May 17, 2015
What a year 28 has been! It started with a grand celebration and ended with one! I am thankful for what I've learned this year, but I'm eager for what lies ahead. Except the whole aging thing! ;) Goodnight, 28. I'll never forget you! Love,  Jessica @jesstinybird
Post a Comment
Read more

- May 14, 2015
Good morning, loves! It's May 14, and I'm just now getting around to writing my second volume of movies-to-see! This list will cover May-August releases. First, let's talk about my January-April list and what I was able to cross off!  I'm happy to report that I was able to see quite a few movies in the first four months of the year! I was able to see four of the five on my first list, and I saw at least two that I hadn't listed. I saw Selma, The Duff, Insurgent, Cinderella, The Age of Adaline, and Furious 7. Furious 7 took the most prep time since Jordan and I bought and watched 1-6 first! All six of the movies were as wonderful as I had hoped they would be. I didn't get to see The Longest Ride, so I'm anxiously awaiting the home release! Now, I assumed (first problem!) that since I wanted to see so many movies in the first part of the year that the summer season may be a box-office bust. From the list I've compiled for May-August, it looks like I w
Post a Comment
Read more 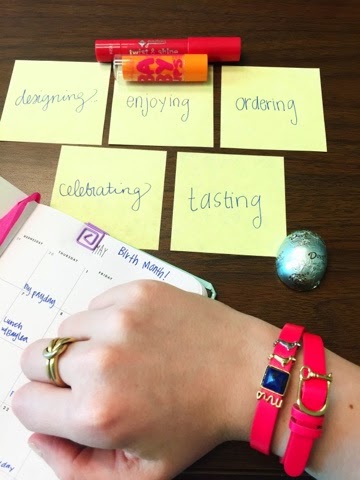 It's MAYYYY! My birth month is here (the actual day is the 18th)! If you're familiar with me, you already know that I like to celebrate the entire month! I'm linking up with Jenna and Anne to let you know what I'm up to. Currently, I am... designing:  All different combinations of how to wear my Keys and Keepers! As I mentioned in this post , I'm a Keep Collective Designer now. It's super fun to mix and match all my pieces! You can shop here . ALL NEW summer Keys and Keepers are out Friday, and if you like summer and/or the beach, you are going to LOVE. (I may have ordered several new pieces!!!!)   enjoying:  All the movies I've gotten to see lately! Cinderella, Age of Adaline, Furious 7, and Avengers: Age of Ultron were all spectacular! I'll be doing a May-August must see list soon! Better late than never, so stay tuned for that!  I'm also still enjoying Easter candy.  :) ordering:  I've ordered my planner for next ye
3 comments
Read more
More posts